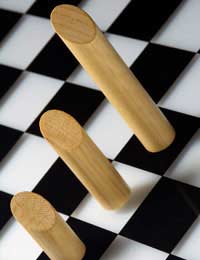 If you've ever had the opportunity to watch an infant grow into adulthood, you know how amazing the transformation is. And if you're that child's parent, you are probably even more awestruck and humbled by the experience.

For writers, the characters they create are akin to virtual "offspring". After all, the authors have given life to them and created situations whereby those characters can grow and change. The resulting metamorphoses and epiphanies make up the basis for strong character development.

"Character evolution" is a term that is commonly used in botany. Characteristics of plants and their developments over a period of time are studied and evaluated. However, it's a useful idea in writing, as well, since main characters should ideally change from the beginning of a work to the last sentence. (Or, in the case of serial works such as the popular JK Rowling novels, from the first book to the last.)

As the master of your characters' evolutions, it is essential that you create environments in which they can significantly advance. The helpful hints below will help you breathe life (and depth) into the individuals you have created.

Allow Your Characters to Live Fully

If you expect your characters to evolve, you have to let them make mistakes. As a writer, the only way to move your characters forward is to put them in uncomfortable or foreign circumstances that force them to make important, maybe even life-altering, decisions. Of course, you can and should design those situations to further your story line, else your work will have little focus. (No one said "parenting" your characters would be easy!)

Sometimes, we want our characters to learn complex life lessons within a prescribed word count. If you start forcing changes upon your character, he or she will remain lifeless and two-dimensional. Imagine a seven-year-old locked in a room with an algebra book and told he has five hours to master the mathematics. Could he learn? Or would it be a lesson in futility? Similarly, you cannot force your characters to evolve without giving them the necessary background and time to do so.

Be Realistic About Your Expectations

Evolution is a slow process, although there can be leaps along the way. Thus, when you're writing, keep in mind that your character can only realistically evolve a certain distance during the course of your novel, short story, or play. Unless you're writing a 1,000+ epic saga that takes the reader from the character's birth to death, it's unlikely that the character will be able to tackle every life lesson there is to know. (And even if you are writing a tome, remember that most people can only absorb so much during their lifetimes; hence, your characters should do likewise.)

It's the moment that lights every writer's eyes and mind: when the character takes a direction the author never expected. To those who do not write, this is a foreign concept. However, for anyone who has written a story only to have the characters leap to life before him or her, it makes perfect sense and is an unforgettable experience. Let your characters evolve naturally, surprising you along the way as you type or write.

Finally, it's critical to relish every step of your character's evolution. Like a proud mother or father, you can be sure that you helped your offspring grow physically, emotionally, and psychologically with your guidance.